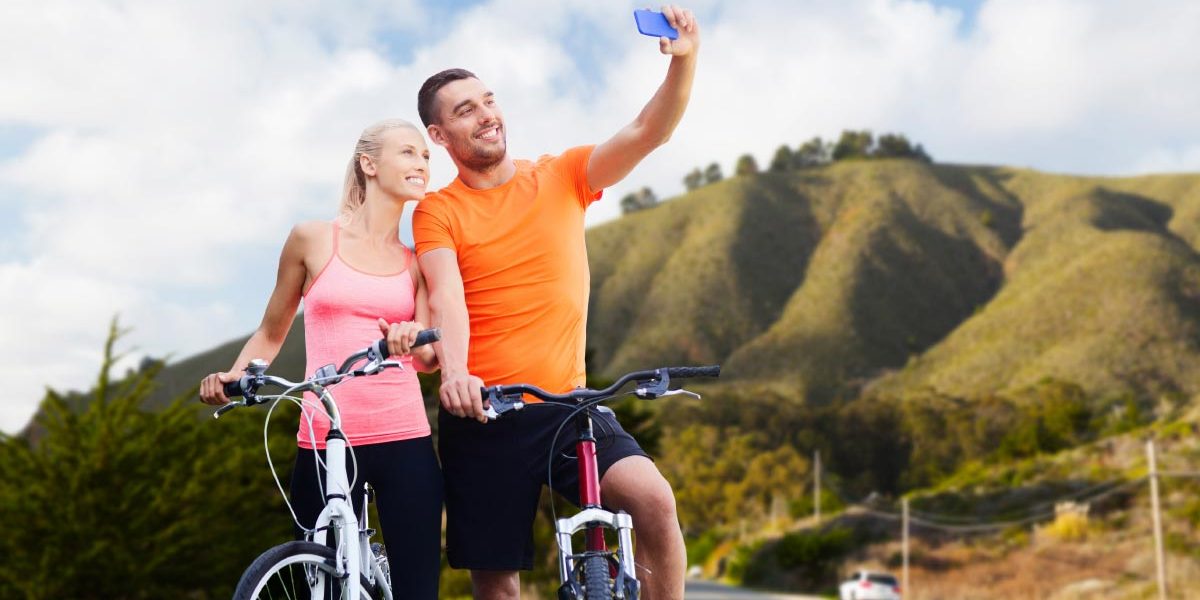 You’ve seen the movies, you’ve read the books, and you’ve watched the television shows– it’s true what they say, in Los Angeles, the car is still king. Peering over the 405 at rush hour is a depressing reminder of this fact– thousands of cars crawl for miles everyday, filled with angry drivers hunched in their seats and containing more road rage than Chris Farley as the bus driver in Billy Madison. For those of you who have yet to visit the City of Angels or drive its main roads, you’ll feel a lot less like the speedy Ryan Gosling in Driveand a lot more like the hopelessly-stuck-in-traffic Ryan Gosling in the opening sequence of La La Land.(Sick of the movie references already? Sorry, but this is LA, what did you expect?). Indeed, getting around LA in a car can be frustrating, as this city is more famous for its traffic than it is for its largest export (which, if you were wondering, is aircraft parts– who knew?!).

But LA is changing, particularly when it comes to new forms of transportation getting their time in the limelight. As cars have grown more frustrating, overused, and overpriced, bicycles have become the favored mode of transportation for an ever-growing number of Angelenos. The city itself has also embraced the shift from four wheels to two, as events like CicLAvia and the introduction of “sharrows” (or shared lane markings for streets without their own bike lanes) has made it easier than ever to be a cyclist in LA. If you (like me) are looking to spend less time in the car and more time on a bike, look no further than the aptly named Bike Shop LA. 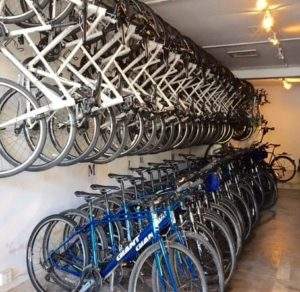 Bike Shop LA has got to be the best local bike store in Los Angeles. They have literally everything you could ever want for sale in a bike shop, and so much more! Looking for a brand new beach cruiser to ride with laid-back style? Check. They’ve got mint condition Critical cruisers with classic looks for incredibly affordable prices. Set up a basket on the swept-back handlebars, pop in your favorite pooch, and strap on a surfboard to achieve that classic Southern California look. As an added bonus, if you buy it new, you also get a year of free service and a free tune-up anytime in the first year of riding!

Or perhaps you’re looking for something a little more versatile? If so, Bike Shop LA has the best deals on new and gently used Giant bikes in town. Giant Bicycles is the biggest bike brand in the world, and Bike Shop LA has an excellent selection of Giant bikes, from road bikes to mountain bikes and hybrid bikes to electric ones. Looking to blaze a new trail on some off-road terrain? Try out one of Giant’s mountain bikes with tough and textured tires that’ll handle nearly any surface. Want to get a bike more suited for longer trips on some of California’s most beautiful roads? Check out the Giant road bikes, which will give you greater speed on paved roads with less effort. If you’re a more casual bike rider, maybe try out the hybrid bikes, which combine the comfort of a mountain bike with the speed of a road bike. Or, join the growing number of fans clamoring for fat tire bikes, perfect for riding up hills and well-worn trails, while also staying totally effective on roads. Don’t forget to pick up some bikes for the kids– Bike Shop LA offers some gently used kids bikes for low costs in all shapes and sizes. 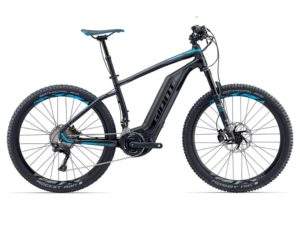 If you’re looking to jump onto the newest trend, consider an electric bike. The electric Explore E+ bike is one of Giant’s most versatile, with a Yamaha SyncDrive Sport motor that can

give you some extra power to summit some of LA’s toughest hills. The electric bikes feature a pedal assist function, which means that as you pedal, the motor turns on and gives you a nice boost. If you’ve got an extra long (or extra hilly) commute, want an easier bike ride, or simply are looking for some fun, electric bikes are the way to go. Pick up some accessories on the spot– the shop has locks, helmets, bags, seats, pumps, bells, cell phone holders, and more. Buy a car bike rack (they’ve got ones you can put on your roof, your rear door, or even onto a tow bar) and strap it on, or simply ride that bad boy out of the store with confidence. If you ever need repair, bring it back in and watch in awe as the mechanic perfectly practices his craft. Whether you need brakes, pedals, saddles, derailleurs, or cranks, the guys at the shop can fix it for you for cheap.

Seriously, if you’re living in Los Angeles without access to a bicycle, you’re doing something wrong. If you’re in the city, don’t miss out on the opportunity to bike the urban jungle (quite literally) of the LA River or the famous paths down by Venice beach. (And if you think the LA River is just a concrete slab, you’ve got some exploring to do!). On weekends, consider heading out a bit further– we’ve got scenic deserts to the east, beautiful coastlines to the west, ancient redwoods to the north, and, for the culinarily inclined, better Mexican food down south. Not to mention, we have some of the most consistently pleasant weather in the entire world. Ignore the naysayers that claim that you can’t get anywhere in LA without a car– whiz by them in some of LA’s newly built bike lanes as they sit in some of the worst traffic jams on the planet. Sure, you might not have AC, but you’ll have freedom, the wind in your hair, and perfectly toned calves– what more could you ask for?